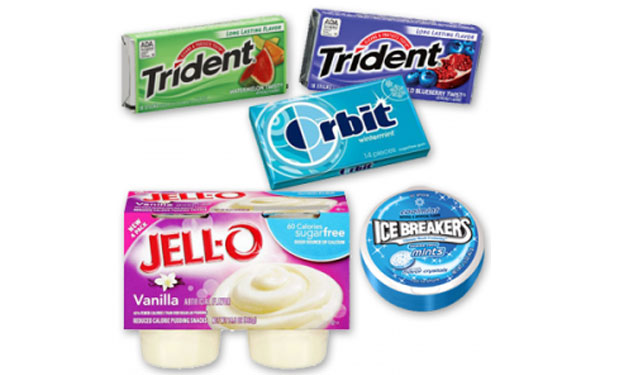 Xylitol is a sweetener found in sugar-free gum (Trident, Orbit, Ice Breakers, Ice Cubes and others), candy, some sugar free Jello snacks, peanut butter, and baked goods. It is also available in granulated form for baking. Xylitol has anti-cavity properties so it is increasingly being added to toothpastes and other oral hygiene products. It is safe for human consumption, and has become a popular sugar substitute. In humans, it is absorbed very slowly and has no effect on blood sugar or insulin levels. As a result there are few, or no warnings on packages for products containing Xylitol, though it is highly toxic in dogs.

Dogs metabolize xylitol in a very different way than humans. It is absorbed rapidly into the bloodstream stimulating insulin release, which in turn causes a severe drop in blood sugar, as fast as 30 minutes post ingestion.

Even more dangerous than the hypoglycemia, it is the fact that if enough xylitol is ingested, dogs can develop fulminant, and possibly even fatal, liver failure.

Signs of liver failure in dogs that have ingested xylitol include:

How Much Xylitol is Toxic?

The ASPCA Animal Poison Control Center has reported an increasing number of xylitol toxicities in dogs in recent years. This is likely due to the increased availability of these products and the ease in which dogs can ingest them. It takes very little xylitol to cause signs of toxicity in dogs. In general, we estimate that 1 or 2 pieces of gum could cause hypoglycemia in a 20 lb dog. The effects of xylitol on insulin and blood glucose in cats is not known. It has not yet been reported to be a problem in cats, most likely because they do not have the same indiscriminate eating habits as their counterpart canine friends.

Xylitol is about 100 times more toxic to dogs than chocolate.

What to do if you Suspect Xylitol Ingestion

Any dogs suspected of ingesting xylitol or showing and clinical signs should be examined by a veterinarian immediately. Always bring the item, wrapper or container of the item you suspect your pet has ingested with you to the emergency hospital. If there is any of the item itself left (uneaten) bring that as well. Being able to see how much was eaten can help your emergency doctor evaluate the degree of the problem.

Blood tests can reveal if a dog is hypoglycemic or in liver failure. Dogs that are seen immediately after ingestion and are successfully decontaminated, have the best prognosis.

The prognosis for dogs showing signs of hypoglycemia is good if they are treated quickly. Dogs in liver failure and with bleeding disorders have a poor prognosis.

Treatment usually involves inducing vomiting (if ingestion is recent), and hospitalization on IV fluids and dextrose supplementation for anywhere from 12-48 hours. Depending on the amount ingested, other therapies such as liver protectants may be recommended.

Households with dogs are better off avoiding products that contain xylitol. Be aware that some products containing xylitol don’t always list it as an ingredient: some products may just say “sugar-alcohol”, which can refer to sorbitol or mannitol. These latter sugar-alcohols are not toxic to dogs. The safest thing to do is to keep all sugar-free foods, and all foods that say they contain xylitol or “sugar-alcohol”, safely out of reach of your dog’s prying nose.